The team at Nirikshea are passionate to see the live’s of the children transform through education and the power of God’s  love that brings hope. Together they bring extensive talent, expertise and many years of experience. Their goal is to play a vital role in changing the future generation of India. 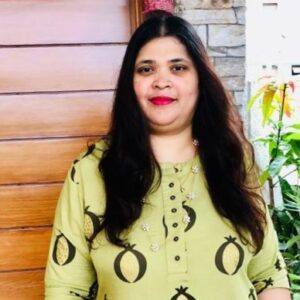 Grace is the Founder/ Principal of Nirikshea. She is responsible for conducting Awareness Programs and Workshops with the parents on the importance of education, health and the rights of the child. Her goal is to bring like- minded people to share in the vision and mission of Nirikshea. She has made it her life’s mission to bring hope and build the lives of all the children that God brings into her life.

In the past she has been involved in different Children’s Ministry and social work for 24 years. She has worked along side Churches and Christian Organizations to developed curriculum for Sunday Schools, Vacation Bible Schools, and Children’s Camp. She has also trained teachers for various children’s programs, as well as for Nirikshea. She is gifted in developing strategies to reach out to the children from the poor communities. 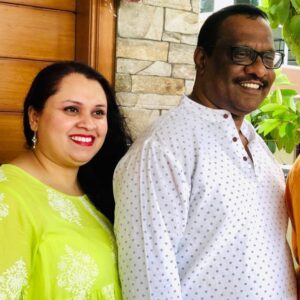 Joy and Dominic are the Founders of Nirikshea and live in Bangalore India, they have a 18 year old son called Joel who is studying in 12th grade.

Dominic: Is the head of the Administration at Nirikshea he is responsible for managing  Finances, getting the audits done and looks into the Legal affairs of the Organization.

Dominic was previously a Partner of a Business firm which was involved, in dealership, trading, building Pools & fitness Equipment.

In 1998, he left business to be obedient to the call of God, and has been in Ministry since then. He has been involved in Church planting ministry along with other Christian Leaders for the past 22 years and was able to raise leaders through Bible School & Leadership training, he has worked alongside other christian Ministries being involved in children’s work through the distribution of the Shoe boxes from the Samaritans’ Purse. He  was also actively involved in providing aid during the super cyclone in Orissa in 1998 and Tsunami in 2004 in Pondicherry and Chennai.

Joy is responsible for planning the Nutrition midday meal program for the children, she is actively involved in the different ongoing awareness programs with the parents and also ensures that high standard quality and hygiene is maintained in the school.

Joy has actively been involved in Children’s Ministries for the past 25 years. She has been on mission trips in South India establishing and teaching in Sunday Schools. She has organized and taught in Vacation Bible Schools and trained teachers as well. She previously worked in a private school as a pre-school teacher. She used be a worship leader in her church for several years and  was responsible for interpreting the messages preached by the pastor. She accompanied Mr. Dominic during the super cyclone in Orissa to lend a helping hand.